Confessions of a Faltering Jedi Heretic 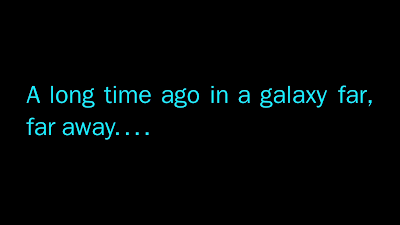 I updated this blog ….


So life is weird. As anyone who is still reading this knows, my book was submitted to the publishers literally (as opposed to metaphorically) two or three days before the sale of Lucasfilm to Disney. Right or wrong, I did feel as if I had my finger on the pulse of Lucas and his company up until that point. That’s what this blog is about, that’s what my book is about, that’s what every bit of my writing about that galaxy far, far away for the past decade or so has been about.


Then everything changed. Lucasfilm was sold, the sequel trilogy was announced, and a new era was upon us. The excitement was hard not to get caught up in originally, but then the casualties starting rolling in. Lucasarts, the 3-D releases, Detours, and most unforgivably, The Clone Wars. By my assessment, fandom was thrown into near chaos, with certain things happening and then endless arguments that they weren’t really happening and so on and so forth. Enter the now-delayed Episode VII and it is hard to know where one stands. Or at least, where I personally do.


And as goes Lucasfilm, pretty much so went for me. Everything in my life pretty much changed. As it were, I went in a new direction (ha!), as that botched Disney memo noted. I hope there is some Star Wars/Doctor Who fans crossover here, because regeneration is the best mythic metaphor I know to use to describe the situation. I’m simply not the Time Lord I once was. The way I have it figured, I’m two regenerations in. My mother’s illness and subsequent death was the final punctuation mark behind the whole thing, and that was at the beginning of the year that’s now over.


With something of a brand new life being carved out, it has left me somewhat confused on my feelings toward that one constant across two incarnations now, namely the Force. To be entirely honest, The Star Wars Heresies was so the work of Second Paul, with such a Second Paul style and attitude. When Third Paul flips through that book now, all I can say is he’s not the same Jedi who wrote it.  And that’s caused a fair amount of cognitive dissonance, and has been enough to tilt my fandom off-balance.


So it’s been difficult knowing what to say on this blog. I went almost a year without even writing anything period. Second Paul was the Writer and the Philosopher. Sure, there’s going to be some cross-over, and I don’t want to say my life is compartmentalized quite so strongly, but on the other hand, I don’t know where that part of me is going. I have some ideas for other stuff, be it The Pop Culture Heresies where I can just blog about pretty much anything that strikes my fancy, or another bit of fiction for young readers, or maybe even eventually something new on Star Wars.


But it’s going to be awhile. Maybe. A lot of new priorities. I will say I launched into a sublime, meditative fanboy state when I perused Star Wars Frames, which I received as a Christmas gift. It is an amazing work, and if you have the means, I highly recommend picking one up. Turn on a little John Williams, and the magic is back.


And after poring over the Episode I part, if you need a little more heresy in your life, The Phantom Menace is simply one of the most beautiful movies ever shot. And I don’t dismiss that as “just a bunch of special effects.” It’s art, pure and simple.


I still love the saga, but Disney has a lot to prove at this point. Sorry. I am most looking forward to Rebels, which I’m sure I will have stuff to say about this coming year. Honestly, if Dave Filoni was in charge of the franchise now, and directing Episode VII and co-writing it with Lawrence Kasdan, I wouldn’t have a worry in the world.


Unlike a lot of people, Filoni just so clearly understands Lucas’ vision. And that’s what it has always been about. I will say the one thing that is getting really tiresome about all of this again is the constant stream of complaining about everything that isn’t The Empire Strikes Back. This little cult is so loud and seemingly omnipresent it gets really old. There is more to this saga than a movie or two.


Guys, again, we have real life to worry about. I can’t worry about Star Wars too. That is the place that we blast off to to be entertained, inspired, and enlightened, not to be more stressed out than we were eventually. If you’re a fan and not been geeking out and having a blast, you’re doing something wrong. George Lucas’ Star Wars is the most easily enjoyable thing ever invented, and if I’m dissatisfied with Disney’s version of it, I have no intention of spending the next fourteen years on the Internet whining and complaining about it. I have the part of it that I will always love, and that will have to be enough.


And another thing, all these peeps who try to paint themselves as rebels and dissidents because they “question” Lucas’ vision of the saga, fret over how much CGI is used in a scene, or wring their hands about things like “EU canon” are one day going to find themselves on their deathbed weeping because they wasted so many precious moments of life. This has been beaten to death on here, and much more eloquently, but the point still stands.


As Bryan Young so eloquently put it, Star Wars is whatever George Lucas says it is. Period. There is no argument, and I see no point in exhausting myself fighting against a fictitious caricature of a man that exists nowhere except those dark corners of the Internet infested with hunchbacked trolls. That he had to retire under anything but congratulatory, celebratory circumstances is a sad, sorry reflection of this fandom.


The world would be infinitely better if there were more George Lucas’ in it and, deep down in places they don’t talk about at parties, even the most hateful geek knows it.


So yeah, Third Paul still feels that way. But he also knows, like everything, like the message of the films themselves, everything has to change and adapt or it dies. Including Star Wars itself. And it may require letting go like Luke Skywalker did in the trench run, and like Anakin was unable to do. Otherwise, we’re not embracing this thing with love, we’re Force choking with it.


So like a good Jedi, all we can really do now is sit in cross-legged meditation, and wait.


P.S. And thank all of you guys for reading and reviewing my book. That has been pretty awesome.So many out there are still representing the fandom with style and grace. I really need to be adding more to online fandom, but my head just isn't back in the game yet.


P.P.S. I think next up I’ll have to do some “Greatest Hits” blogging about all those top posts from the past few years.

The Critics Have Spoken ... 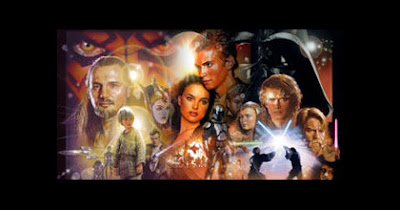 Read the book that has redefined the prequels, and changed Star Wars forever! Read the book that several generations of fans are raving about! Read the book that is being lauded as “heretically dazzling,” "brilliant," "revolutionary," a book of academic criticism on that galaxy far, far away that reads less like scholarship and “more like poetry”!

Still not convinced?! Listen to what bloggers and websites across the Internet are saying!

“A very worthwhile addition to any Star Wars library”


“If you want the very best look at the entire prequel trilogy thus far, get this book.”

“The Star Wars Heresies is neither a pedantically-footnoted academic exercise, or a dumbed-down piece of disposable pop philosophy—it’s a warm, passionate book that thinks highly enough of its readers to treat them as if they’re in conversation with a friend.”

“Paul F. McDonald has clearly done his homework when sadly few would deign to regarding these particular movies, and the result is worthwhile indeed.”

“Scholarly sound and just plain immensely entertaining to read, The Star Wars Heresies might be the greatest defense the prequels have ever received as works of art, as well as George Lucas as an artist. I have seen no anti-prequels argument composed with anything approaching the same level of intelligence, wit, generosity, knowledge of the entire Star Wars film series as it actually is and not as it’s often perceived to be, patience in handling the opposing viewpoint, and awareness that at the end of the day, Star Wars is meant to be enjoyed. McDonald’s enthusiasm for the series exudes off the page, and is truly refreshing, given modern online fandom’s penchant for the pessimistic and the combative.”

The Star Wars Heresies: Interpreting the Themes, Symbols,
and Philosophies of Episodes I, II and III

SEE STAR WARS THE WAY YOU'VE NEVER SEEN IT BEFORE